Skip to content
This graphic was developed with Yvonne Coghill OBE, Director of Workforce Race Equality Standard Implementation at the NHS. As part of the NHS70 anniversary the graphic invites us to recognise the significant contributions made by BME people working for and with the National Health Service. This graphic was printed on to menus and projected large scale during the NHS70 Windrush Awards Ceremony in Manchester. It references the Windrush Day logo developed by the late British Caribbean creative Jon Daniel. 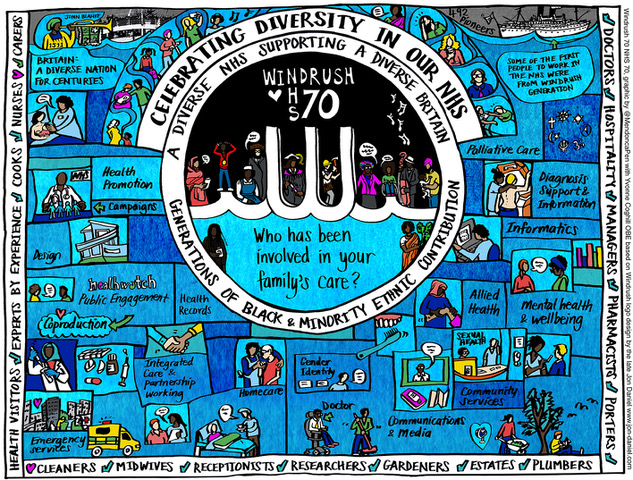